Get Seasonal in Your Kitchen 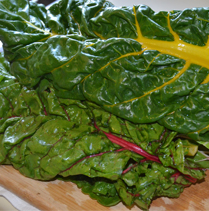 Choosing fruit and vegetables that are locally grown and currently in season can save money and give you more nutritional benefits than out-of-season produce.

Grocery shopping can be expensive, especially when it comes to produce. But serving your family a variety of fresh fruit and vegetables is such an important part of making sure they have a healthy, well-balanced diet, so what can you do?

What are the benefits of eating seasonally?

How, you wonder? Here are some facts about produce:

Because so many fruits and vegetables are shipped from one part of the country to another, people are getting less of the good stuff – nutrients – and more potentially harmful additives, like pesticides and preservatives that are often added to keep produce from spoiling while in transit.

How do you save money with local produce?

In addition to the great taste and bountiful nutrients you get from fresh, locally grown, seasonal produce, you will also save money – and who doesn’t like that?! Why is it less expensive? When produce is in season and the climate is right for its growth, a lot of a particular fruit or vegetable can be grown. Having an abundance of a product means the farmers don’t need to charge as much as they would if they only had a small crop. Also, locally grown produce doesn’t need to be shipped across the country, which means fewer costs for the farmer and cheaper produce for you.

Think about the cost of a box of blueberries. During the summer months when they are in season, a half-pint of blueberries will cost approximately $2.00. Come the fall and winter, the same half-pint will run you about double that. Do you really want to spend two times what you know you can get for less at other times of the year? Plus, is it really worth it when they won’t be as sweet and delicious as they were a few months before?

Will you still have variety?

Of course! To top it off, the added benefit of eating seasonal produce is that you and your family will get to enjoy a variety of fruits and vegetables. By sticking to what is in season, you won’t get bored of the same old thing and your kids will learn to eat a wider range of produce.

Read more about the benefits of locally grown produce.

10 Ways to Cut Down on Sodium

The ABCs of Whole Grains

Jessica is a registered dietitian and the founder of Nutritioulicious, a nutrition counseling and consulting practice in New York City. She has extensive experience as a nutrition writer, editor, and speaker, and is the co-author of We Can Cook: Introduce Your Child to the Joy of Cooking with 75 Simple Recipes and activities (Barron’s, 2011), a cookbook for children ages 3 to 6.

Previous Post
What to Include in Your Picnic Basket
Next Post
Did You Know… Veggies’ unique colors are packed with health promoting power?